Mexico’s tradition and culture are typically described as rich, vibrant and colorful.  It is greatly influenced by ancient Aztec and Mayan civilizations, along with the European influence of the Spanish conquistadores.  In our beginning Spanish class we learned to say, and write color words in Spanish along with learning about traditional holidays like El Día de Los Muertos.  El Día de los Muertos honors the dead with festivals and lively and colorful celebrations on November 1st and 2nd. It is not a day of mourning, rather, a day to celebrate their memory with food, festivals, vibrant decorations and many other traditional activities.  One way people decorate for this special day is with Papel Picado. Papel Picado is the Mexican art of cutting tissue paper to make elaborate banners. This folk art is displayed in all sorts of religious ceremonies, as well as family/traditional celebrations, but especially for the Day of the Dead (El Día de Los Muertos).  Traditionally, small chisels are used to create several banners at a time.


We combined color words in Spanish, a traditional holiday and following directions in Spanish to create these colorful banners.  They used brightly-colored tissue paper, scissors and a pattern. There was excitement and a little confusion at times trying to figure out instructions in Spanish.  Mexican music joyfully played in the background as the students were working on creating papel picado. Some students shared ideas and strategies to help with cutting the correct shapes, others helped with correcting mistakes and creating new shapes.  The anticipation of what their papel picado would look like kept students engaged in the activity. Learning a new language involves more than just learning how to speak, read and write, it is also about learning the culture and traditions, and listening and singing to music en español.  Cultural and traditional activities help nurture their continued interest in learning a new language. 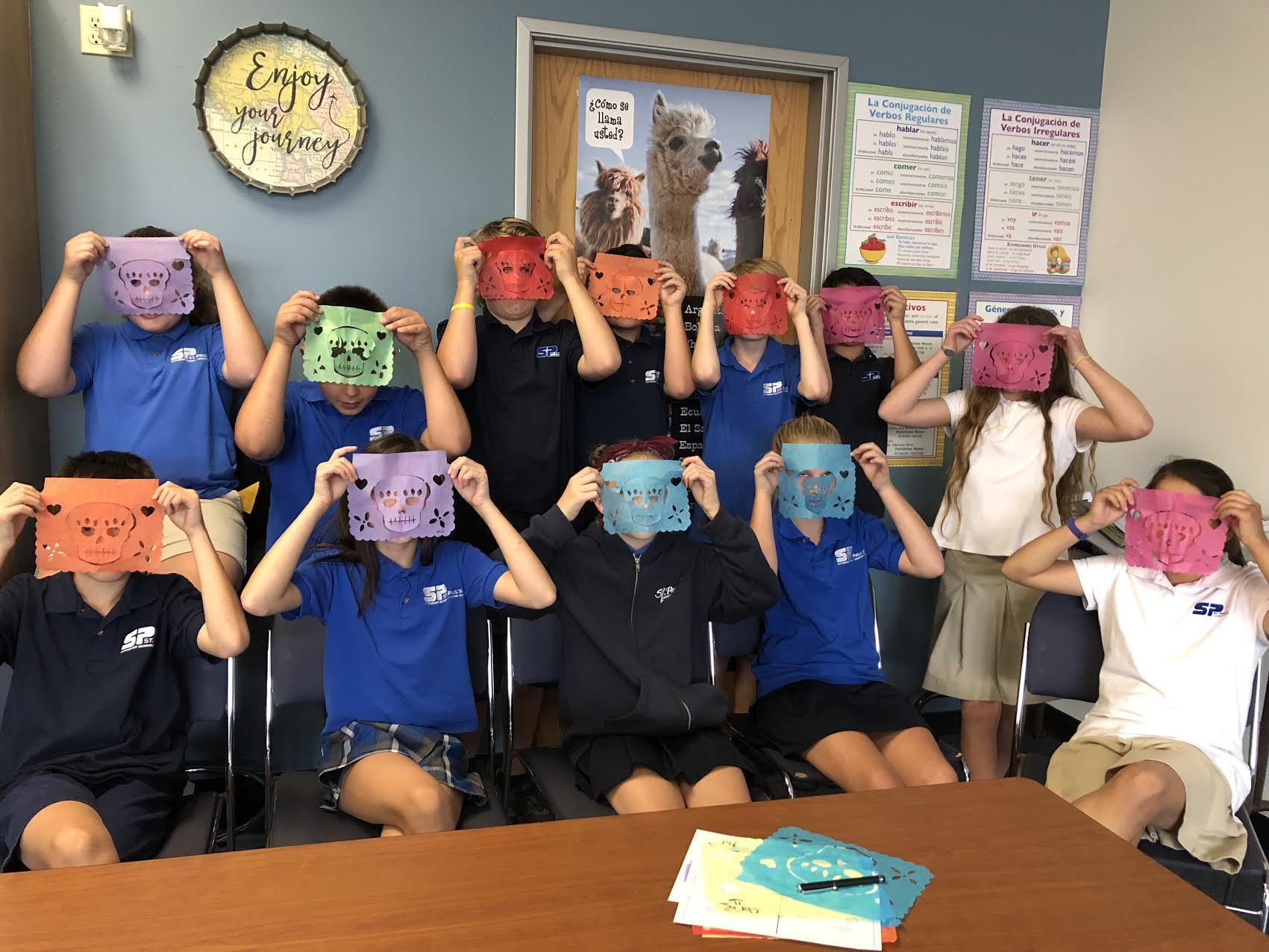 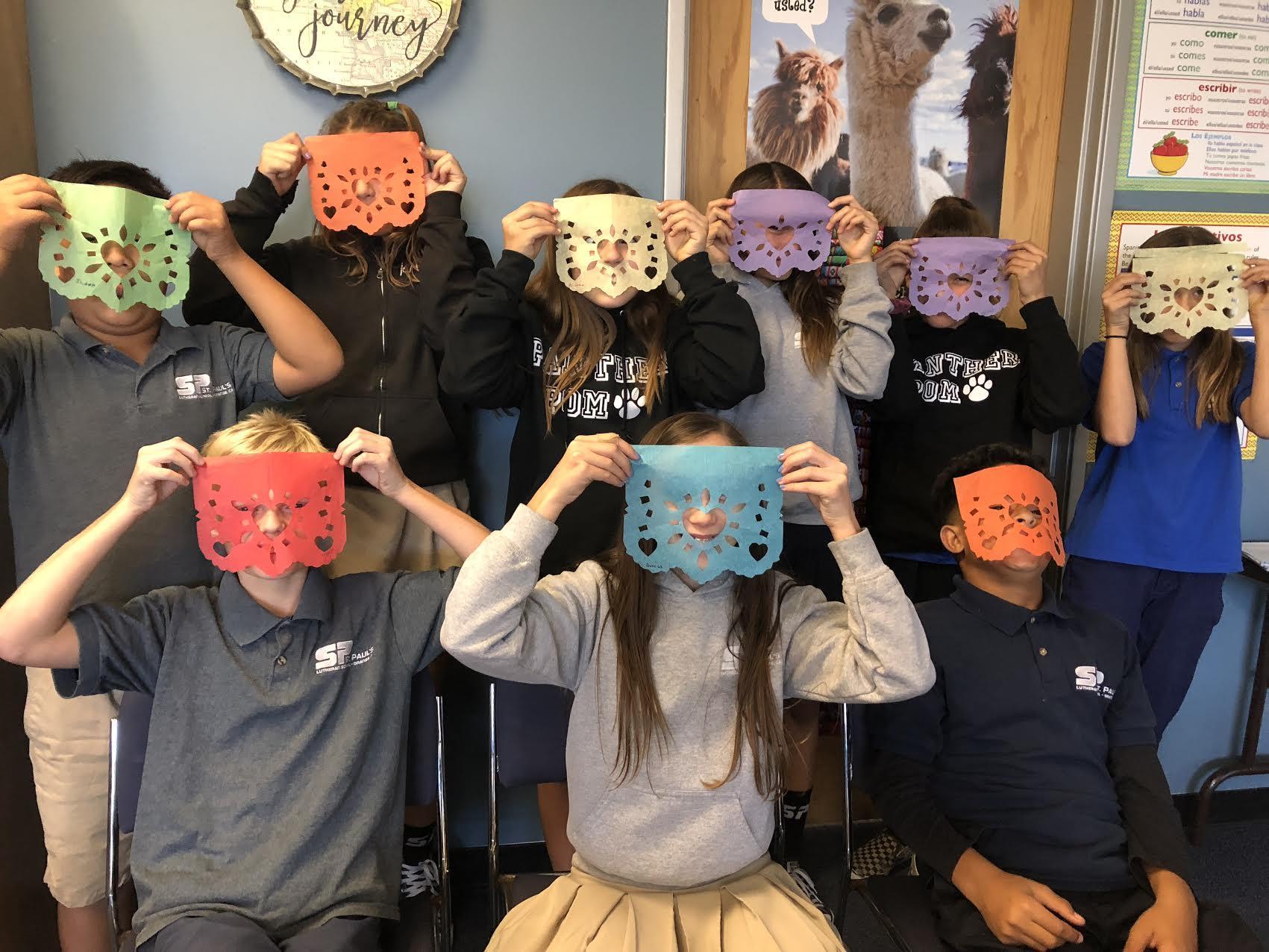