History came to life a few weeks ago when the entire 8th grade class got to participate in an interview with a Holocaust survivor!  8th grade students have begun an in-depth study of the Holocaust in English Language Arts over the past few weeks in preparation for reading excerpts from the play, The Diary of Anne Frank and novel, Diary of a Young Girl.  Over Skype on Wednesday, September 11th, students had the incredible, once-in-a-lifetime opportunity to hear the compelling story of Ruth Kapp Hartz.  Ruth was a four year old hidden child during the Holocaust in southern France. Ruth and her parents survived the war and in 1958, came to the United States.  Ruth later married and raised a family, became a teacher, published her childhood memoir, and directed and produced a documentary about her rescuers.

For one hour, 8th grade students got to hear Ruth tell of her childhood experiences during the Holocaust and how that has impacted her life and legacy.  Students were then given the opportunity to ask Ruth questions they had constructed themselves ahead of time. Before the interview took place, students were given time in English Language Arts class to reflect, collaborate, and engage with one another across the curriculum in order to construct thoughtful questions to pose for the interview. Then, they had the opportunity to practice their public speaking skills and articulate their ideas in front of their peers during the interview.

No student left this interview learning experience unchanged.  This interview was made possible by the The Witness To History Project, designed to further the message and lessons of the Holocaust by direct interaction between students and Holocaust survivors.  We are incredibly blessed with the resources and technology at our school to offer our students an invaluable learning opportunity such as this! 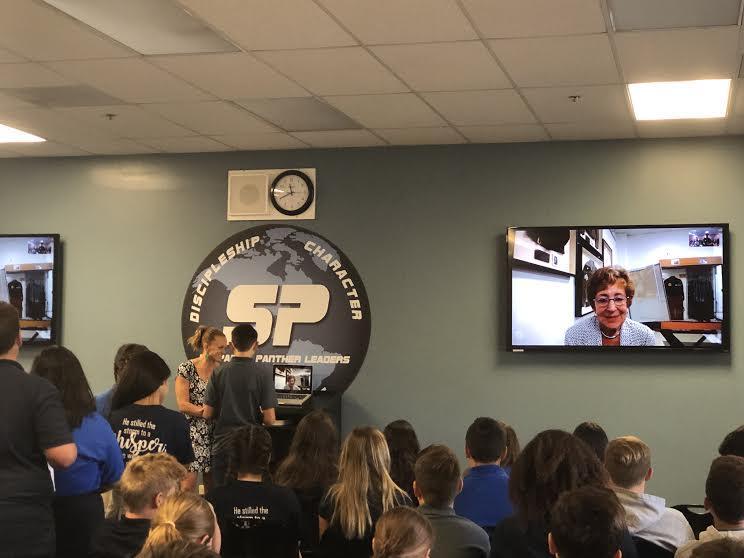